Are you tired of your computer MYSTERIOUSLY doing things in stony silence? Bring back 1980s retro charm and monitor your computer for malware and spyware with this ONE INSANE AUDIO TRICK! It drove an entire island of monks to madness!

In the past, you could tell what a computer was doing (to some extent) just by listening to it.

However, with solid-state drives and many entirely fanless computational devices (e.g. phones, most tablets), it is no longer possible to have an intuitive sense of what your computing device is up to. 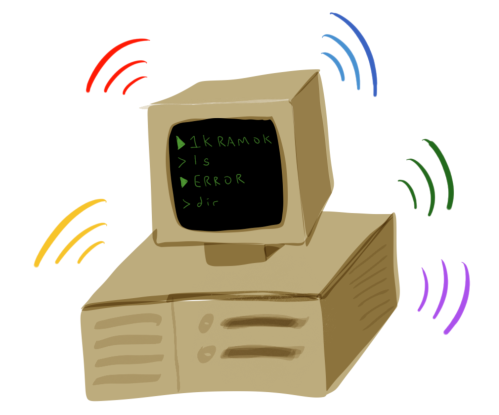 Fig. 1: Historically, computers would make all sorts of sounds when operating. The monitor would emit an annoying high-pitched hum, the disk would click and clack during reads or writes, you could listen to network traffic over a modem, and fan noise would let you know whether the CPU was working hard.

The solution is obvious: the phone must generate artificial sounds so the user can figure out what’s going on.

Fig. 2: This phone is totally silent under normal operation, but we can add network noises, CPU fan noise, disk noises, and more.

With this simple change, people will become aware of what their computer is doing.

In particular, they will now easily realize if their computer is using a ton of Internet traffic or is infected with CPU-intensive malware.

Demand this feature in your next phone! Or write and maintain a custom ROM for your phone. Easy!

PROS: Warns people about phone spyware/malware. Makes a phone harder to lose, since it will be constantly emitting annoying sounds!

CONS: None! It’s the perfect idea with no downsides.