You won’t believe how I never fell into a bottomless pit again, thanks to this one weird trick. Podiatrists hate it! Probably.

One of the leading causes of sidewalk-based injury is tripping on uneven pavement and/or falling into a manhole. Figure 1 illustrates one of the dangers inherent in modern sidewalks.

This danger has become even more pronounced now that people are more likely to be looking at their cell phones as they walk. 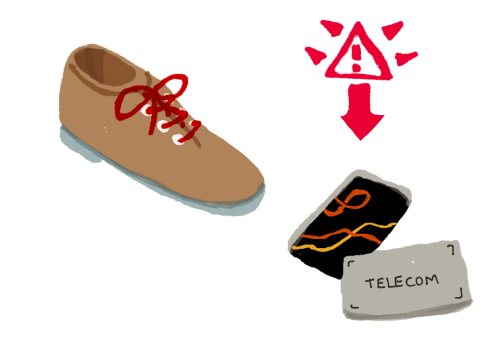 Fig. 1: As you walk along the sidewalk, be on the lookout for obstacles in your path! This open telecommunications panel could easily trip you and/or cause you to fall into a tangled nest of wires.

An array of sensors on the front of the shoe will constantly scan for irregularities in the upcoming pavement.

In this way, the user can easily tell if the upcoming danger is an object in the way (situation 1) or a “falling” danger (situation 2). 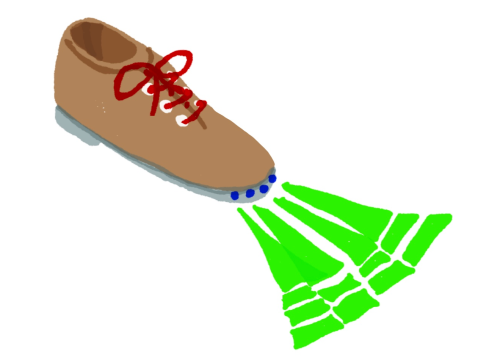 Fig. 2: Here, the sensors in the shoe will scan ahead to look for dangerous obstacles (or a sudden drop-off in the path). 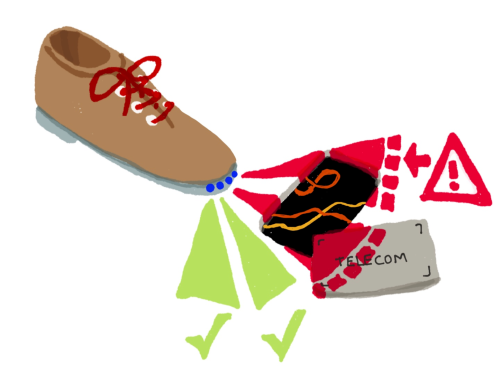 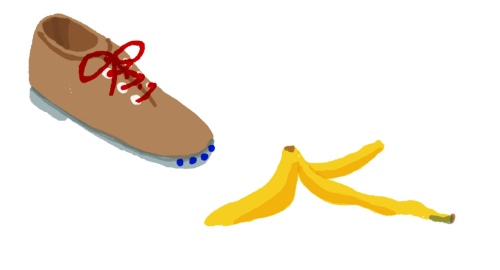 Fig. 4: Physical comedy will be dealt a setback, as no one will ever again slip on a banana peel in this utopian shoe-with-detectors future. 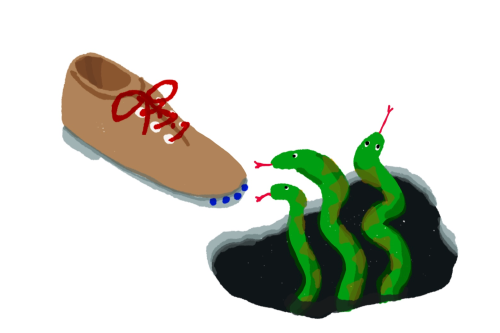 Fig. 5: “Falling into a snake pit” will no longer be a concern of yours, thanks to this new footwear technology! Computer vision has advanced to the point where a snake pit (which constantly slithers and hisses) can easily be distinguished from a normal sidewalk (which does neither).

PROS: You won’t fall into a snake pit again.

CONS: False negatives could be exceptionally deadly (e.g. “I stepped onto a pane of fragile glass above a chasm because the shoe didn’t sense any danger”). Does not protect against falling pianos or anvils.

Filed Under: Design, Fashion, Public Safety, Technology
Tags: boot with lidar : dangerous pitfalls : do not fall into a bottomless pit : don't step into a snake pit : if you fall into a bottomless pit you would die of thirst FYI : LIDAR : new shoe design : pit filled with snakes : pit o snakes : pit of snakes is a sidewalk danger : shoe : shoe radar : sidewalk crack detector : snake pit : so many snakes