One trick of common courtesy that would give you a new sense of satisfaction from paying your taxes!

It’s always polite to write a thank-you note when you get a gift. Especially if it’s a large sum of money!

For example, a thank-you note from a child might look like this: “Dear Grandma, thanks for the money for my birthday. I used it to buy a bicycle. Here’s a picture… (etc).”

The various benefits of a stable government are generally abstract and far-removed from the taxpayer.

But the pain of paying a huge chunk of money is obvious and immediate!

Governments across the world might benefit from sending a “thank you” note to each taxpayer, indicating what the money was used for!

(Some charities already do this, sending personalized thank-you notes in return for donations.)

Here is a mockup of what it would look like for the U.S. Government:

Fig 1: A taxpayer who didn’t make a lot of money during the year might get a letter that looked like this.

Fig 2: A taxpayer who made a larger sum of money might get a more interesting thank-you note. The wizard hat was probably grossly overpriced, however. 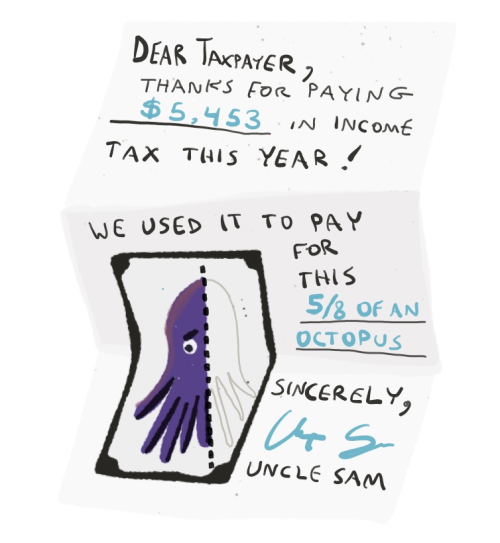 Fig 3: Sometimes, your tax dollars wouldn’t actually be enough to pay for the entirety of a specific purchase. In this case, the fraction purchased would be indicated, and the picture would be partially grayed-out to match. For example, this person’s tax revenue was used to partially buy an octopus, but their contribution alone was only sufficient to pay for five of the octopus’s eight legs. What strange and secret purpose did the government need an octopus, anyway? Well, the answer is  █ ████ █ ████ ██, ████ ██ █████ ██ ██████████ and also  ████ ██ ████ ███ █ ████ █ ██████ ████ ██ ████ ███ ██ ██ █ ██ ██████████ .

This is a great idea! The many readers of this post who work at the IRS should lobby to have it implemented immediately.

PROS: Increases both accountability to the taxpayer of tax revenue and the personal connection of citizens to their representative government. 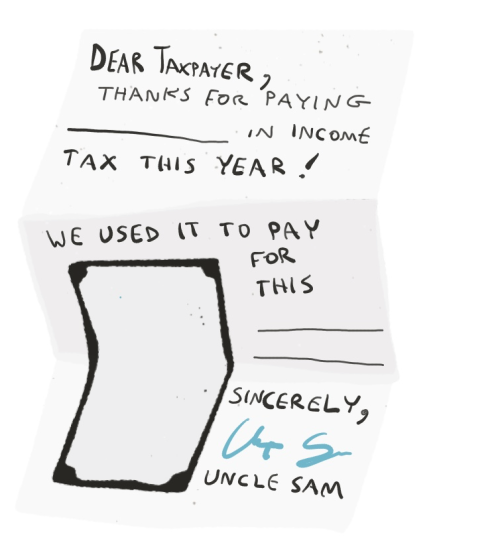