Voice recognition has existed in somewhat passable form since the late 1990s. But recently it has become more prominent with Apple Siri, the “OK Google” voice assistant, and Amazon Alexa.

However, these products are all incredibly limited, and can perform almost no actions beyond a few hard-coded ones that were added at release.

The last 5 years of “voice assistant” development have mainly been focused on extremely specific items of potential commercial interest (e.g. “now you can ask about baseball scores or movie showtimes”), rather than adding core functionality.

If you want to do something besides play music, interact with your calendar, or set a timer, then using a voice assistant is an exercise in frustration.

At every company with a voice assistant division, all senior engineers should have a recurring Monday task where they have to:

To assist, I have run through a list of plausible and reasonable queries to test Siri on iOS 11 and “OK Google” on Android 8, and have provided screenshots of the equivalent queries and disastrous results below. They are divided by category. 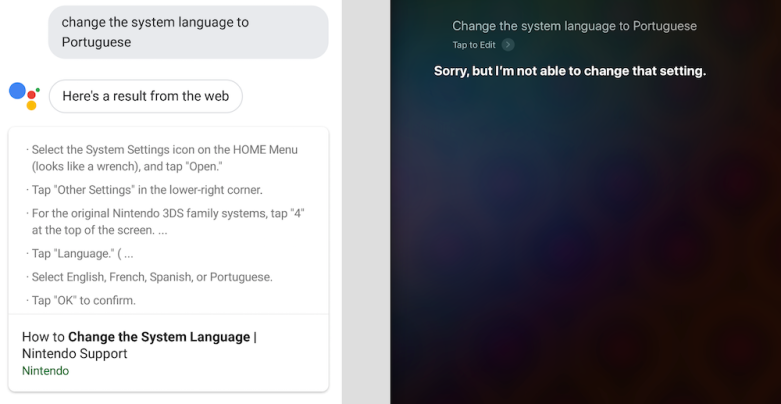 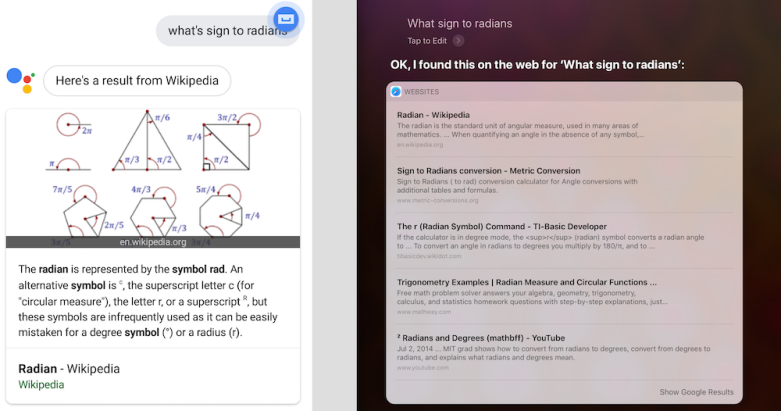 If every Apple, Google, and Amazon programmer just spent one entire work day contributing a single answer to the repertoire of easy-but-unanswerable questions, perhaps voice assistants would be more reliable.

CONS: Brings the day even closer when humans are replaced by metal skeleton robots.