Relatively few games have equipment choice as an element. For example, in tennis, there is no such thing as a “lob racquet” versus a “serving racquet.”

Presumably this is because of the difficulty in quickly switching out equipment in a time-sensitive sports.

But in a game like golf, where there is plenty of time between shots, golfers carry around a dozen or so clubs for use in various circumstances.

This proposal is to apply the same golf-club-selection principle to pool / billiards / snooker.

Fig 1: Billiards in 1674. Apparently played with croquet wickets and tiny pyramids for some reason.

But instead of selecting different cues, players will actually replace the cue ball instead. This will allow for new shot opportunities (Fig 2). 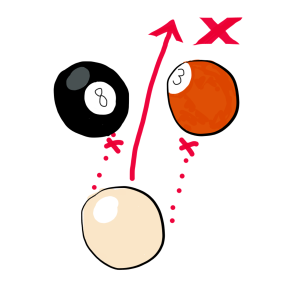 Fig 2: In this case, the player wants to shoot the cue ball between the 8 and the 3 balls, but this is impossible due to insufficient space.

Fig 3: By selecting a tiny squash-ball-sized cue ball, the shot is now possible.

Various sizes of cue ball would be offered, for use in different situations (Fig 4). Selecting the right size for the current board configuration would be just one of the many decisions required for the game.

Fig 4: Various sizes of cue ball would be used by an experienced player. 8 ball shown for scale. 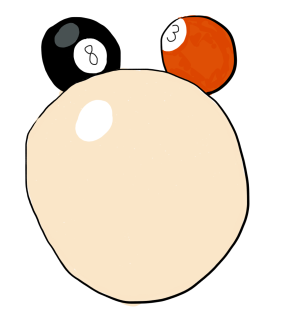 Fig 5: In some scenarios, it might be advantageous to select a huge grapefruit-sized cue ball. It would be difficult to keep this one from rolling off the table, which would also increase the skill ceiling of the game.

Strangely, this “change the cue ball size” rule has never been implemented at any official tournament. Perhaps there were issues in the past with making a perfectly spherical cue ball beyond a certain size. Fortunately, modern technology has solved this problem!

PROS: Adds new and amazing elements to the game, causing a renaissance in billiards techniques.

CONS: It might be difficult to accurately place a different-sized ball on exactly the same spot as the original without some sort of technical aid.