Conference posters are frequently 4 by 6 feet, which means that in the best-case scenario, they will still be four feet long when rolled up.

This is still quite cumbersome.

Although relatively few individuals are plagued by the difficulty of handling rolled-up posters, their plight has not gone un-noticed.

The state of the art:

It is theoretically possible to reduce the cumbersome dimensions of a poster in many ways.

The most common method, of course, is:

Roll the poster up along its longest edge.

But even a 4′ poster is quite annoying to carry around (it definitely won’t fit into any standard luggage) or transport on an airplane. Plus, it is easy to mislay and forget about such a cumbersome and infrequently-carried object.

Fig 1: A typical conference poster is unwieldy and can only be rolled up to a minimum length of around four feet.

Steps toward a new poster design:

One first might consider folding the poster several times along its shorter edge before rolling it up.

This would definitely reduce the poster’s rolled-up dimensions, but testing reveals that the doubled-over sections resist rolling and result in unavoidable crinkles along the long creases when the poster is unrolled (in addition to the unsightly primary creases themselves).

Fig 2: Folding the poster before rolling it, as shown here, would decrease the length of the rolled-up poster, but the doubled-over sheets resist rolling and result in visually unattractive primary creases and secondary crinkling along the primary crease-fault-lines.

But the solution is simple! By simply pre-cutting the poster (along what would have been the vertical creases), we can end up with a “butterfly” poster that is functionally three independent sheets, except for a narrow structural “bridge” element in the middle.

Testing reveals that this poster is quite easy to roll up, and any creasing is limited to the narrow “bridge” elements.

By applying this technique to a 4×6 poster, the final poster can fit into a (potentially oblong) cylinder a few inches in diameter and about 1.3 feet long, which could potentially be carried in standard luggage, or crammed into the side pocket of a laptop bag. 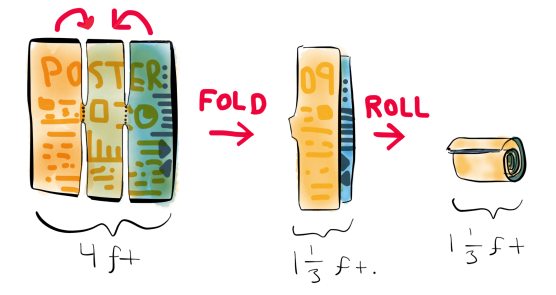 Fig 3: The “butterfly fold” poster is pre-cut along a few crease points.

PROS: Transport is made easier, and poster-losing opportunities are minimized.

CONS: Potential for tearing in the “bridge” region. Also: why not just print three narrower posters in the first place?