In this plan, we will discuss a sub-category of indoor climbing: bouldering. Bouldering involves climbing up a surface that is studded with various hand- and foot-holds, and it generally involves no safety equipment beyond a padded mat.

Bouldering / rock climbing has gained significant mainstream popularity since 2010. However, one thing that has not changed is the price; most climbing gyms cost approximately the same amount as a regular gym, about 5% of the total take-home income of a person earning minimum wage.

Although this is not a huge amount, it is enough to discourage many individuals.

It is likely that many additional people would go to indoor climbing gyms if they were initially free.

Here, we take inspiration from the “phone app” market, where software is now generally free with in-app purchases, rather than being (say) $5 up-front.)

In order to encourage people to try climbing and (potentially) increase gym profits, there are two sub-proposals here, the “evil” one and the “non-evil” one. Let’s do the “evil” one first: 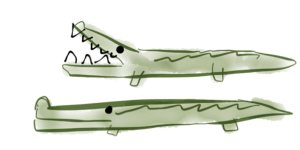 Fig 1: Crocodiles will work for less than minimum wage and are philosophically opposed to unionization, making them ideal employees.

CONS: BIG GOVERNMENT would probably put a stop to the crocodile idea (it might not be an OSHA-approved workplace, among other potential violations). Possibly it could still be implemented in international waters.