The free transit of people across borders has historically been prevented by various restrictions, both from the sending country (the requirement to grant an exit visa) and the receiving country.

In most cases, legal immigration is an arduous process for individuals without esoteric skills or extensive financial resources.

Fig 1: “I want to move to the red country. But their immigration procedure is too restrictive.”

Fig 2: “I want to move to the blue country, but they claim they’ve already gone over their quota of immigrants from my country.”

But what if anyone could permanently move to any destination country, just as long as they found a “replacement” citizen to take their place in the origin country?

With this proposal, countries would be freed from both:
1) A sudden influx of new citizens burdening their social services
2) An exodus of its population to other countries

We can refer to this proposal as “mutually agreed population-neutral citizenship exchange.” Or: “give one / get one.”

Any pair of individuals in two countries may swap citizenship, just as long as they both agree. There are no restrictions, and this exchange is permanent (unless both parties agree to swap citizenship again).

Clearly, some countries would be in more demand than others, particularly those with strong unconditional governmental support systems (e.g., free college, government stipends, etc.). Perhaps this would be handled in a “free market” fashion by allowing citizens of less wealthy countries to provide their own economic incentives for a swap. 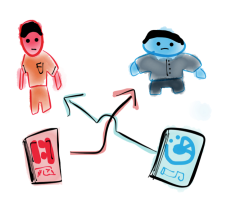 Fig 3: “We swapped our passports and citizenship papers. Problem solved!”

For example, a nomadic farmer might offer 15 cows and a finely-constructed yurt to a nature-loving American in order to incentivize the exchange. Or a prince in a foreign land might offer his position to a foreigner in order to escape the burden of being hounded by paparazzi.

It is possible that a criminal might attempt to find citizenship in a country without an extradition treaty with the original country. This could increase the non-extraditing country’s “citizenship-swap value” even if its economic and political situations were inferior to that of the country of origin.

PROS: Allegedly, the free movement of labor is beneficial to the global economy. Might result in some amazingly hilarious predicaments that would make for entertaining television.

CONS: How could it go wrong?