Take your pet to work, even if it’s extremely ill-tempered and beastly

Proposal: a system for virtually bringing pets into the office

Pet owners with 9-to-5 jobs may find that they miss their noble animal companion during work hours.

Some workplaces will allow well-behaved animals to hang out at work, but that is usually limited to dogs and draft animals. In any case, this addresses only a small subset of all possible domesticated animals.

However, with this new solution, we need not worry about badly-behaved animals, coworkers with allergies, or any other issues.

Fig 1: The user’s home office (or wherever their pet lives) will need to be configured with the exact same layout and furniture as the user’s desk / space at work. Cameras (in blue, above) will determine the exact orientation of the pet and render it in a 3-dimensional voxel space. Note: constructing the home office would probably be easy for most office jobs, but if a user’s job is (for example) deep-sea giant squid inspector, it could be more difficult to affordably re-create the work environment at home.

Fig 2: Here, we can see the virtual-reality-goggles-wearing pet owner at the right. The cat image appears real to the headset wearer, but is naturally invisible to everyone else. Since the home office has the same layout as the work office, the pet’s actions at home will appear to match the work environment; e.g., the pet could climb onto the work table or monitor, since there is actually a real-world analogue of those objects in the pet’s environment at home.

Note that it may also be possible to run this system in reverse; a pet could also wear a virtual-reality headset and obtain a “holographic” image of its owner at work.

PROS: Allows a pet owner to get 8+ additional hours of pet enjoyment out of a day.

CONS: May require substantial real-estate to be dedicated to the “home office” pet environment.

Bonus figure: Here is a potential patent application illustration for this amazing idea.

You’ve been storing your ironing board wrong this whole time! Reclaim your wasted space with this one inconvenient tip.

Ironing boards are large and unwieldy—even the ones that are just the board surface, without any folding legs. Fortunately, we can solve this problem.

Proposal: A rollable ironing board 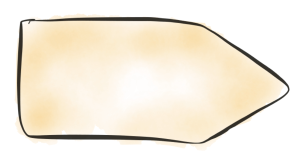 Fig 2: The ironing board being rolled up. In this figure, yellow/orange indicates the main ironing surface, and blue indicates the non-ironable bottom side.

PROS: This impressive ironing board will save you many hours of looking at an unsightly ironing board propped up in your laundry room or hall closet.

CONS: Sure, you COULD just buy an “ironing mat” instead, but would that be as fun?

Breaking news: You are a terrible pet owner if you don’t address your cat’s neuroses with the soothing safety of cat-patterned furniture

Although there are many counter-examples, cats are often unpredictable and frequently skittish. Here, we theorize that this neurotic pet behavior is due to the cat’s lack of feeling safe in the domestic environment, and propose a possible solution, which we refer to as CATMOUFLAGE.

The theory: Cats are skittish and unpredictable because they are stressed

This unsubstantiated theory posits that if the cat could feel safer, it would be happier and less stressed out.

One way to provide safety to a relatively small animal is to provide it with a hiding place.

This new system aims to provide safe cat-suitable spaces across an entire house, and works as follows: 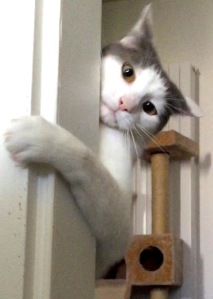 Fig 1: Some sort of mini-panther. Look how stressed it looks! Clearly it needs Catmouflage™. The customer will take a picture of it and then upload it to the Catmouflage web site.

Fig 2: Next, the customer orders cat-patterned versions of the above furnishings. 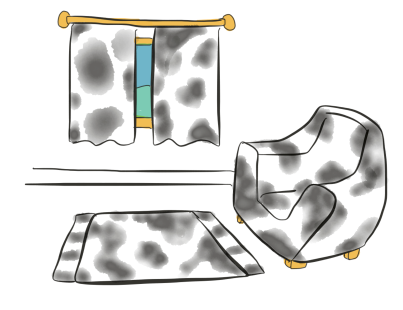 Fig 3: Finally, in 2 to 4 weeks, the new furnishings arrive. The cat can blend in and feel extremely secure in the indoor environment, just as it would have felt at home in the jungles and pyramids where its ancestors lived. 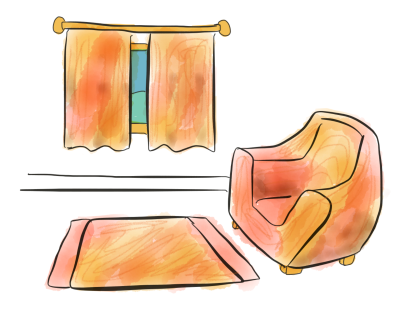 Fig 4: An alternative color scheme for a person with a “Garfield”-colored cat.

This detailed business plan is almost guaranteed to succeed.

PROS: Solves feline neuroses with this one weird tip.

CONS: May increase the frequency of accidentally sitting on your cat .

Stop being so wasteful by purchasing 2 cars, when you could get away with 1.5 cars instead using this one weird trick!

The idea of being able to mix-and-match different components of a mechanical device to fit the job at hand has been around for a while.

There is even a project to demonstrate how this idea would apply cell phones: https://en.wikipedia.org/wiki/Project_Ara

But the idea of being able to mix-and-match different parts has, surprisingly, never been applied to cars.

Instead of having to over-buy your car / truck for the largest job you might need to use your car for (“maybe I’ll need to move a bunch of furniture, I’ll get a large truck”), instead you could just buy a modular car and switch out the modules in question.

For example, if you bought a small 2-door car but find that it has insufficient space, you could swap out the rear half of the car for a larger four-door model.

Similarly, if you find your large station wagon is too difficult to park downtown, you could swap out the back half with a tiny trunk module.

A user could switch out modules as desired, without the need for any mechanical expertise, due to standardization for the connections between modules (shown in red in Fig. 1).

This is not only a great idea, it was even briefly demonstrated in the James Bond movie “The Living Daylights” (car number VAZ-2106). See time 0:57 on Youtube here for a visual example.

PROS: Now you won’t need two cars, you can get away with… one and a half cars?

CONS: A side-impact collision would probably cause this type of car to explode into its component modules.